In Spain, churros are still a very popular breakfast, snack or dessert. It was only a matter of time before churros travelled to South America and other Hispanic countries and communities, eventually making their way to North America. Toro Churro is proud to be on the cutting-edge of the hot, new trend towards Spanish culture and cuisine. It's the first eatery in New Zealand to adopt delicious churros as its signature dish. We've aptly called our signature churro, the Toro Churro, and we know you will love it as much as we do!

Churros are traditional Spanish desserts developed centuries ago by Spanish shepherds. Up high in the mountains, fresh baked goods were impossible to come by, so the ingenious, nomadic folk of the hills came up with a delicious cake-like, cylindrical, daily staple which they could easily cook in a pan over an open fire. This was the birth of Churros.

The ‘Churro' got its name from the Spanish shepherds which saw a resemblance in their Churra sheep. Originally churros were about the size of a breadstick, and they were eaten plain or rolled in cinnamon sugar. 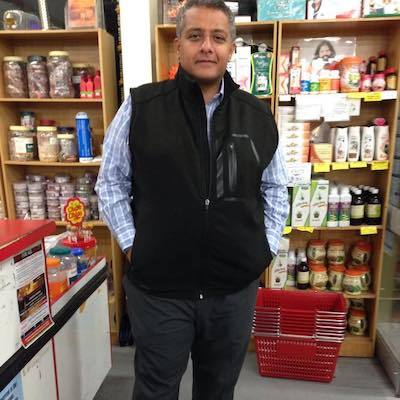 "Toro Churro - Traditional Spanish Delights was introduced to the New Zealand market in 2010. The business is managed by its sole director Rajesh K Thakkar and his excellent team. Rajesh is passionate about food and has a background in the food manufacturing, retail and hospitality industries.
Today, Toro Churro has 6 fixed outlets and and 8 mobile trailers, servicing customers' palates across New Zealand. In 2018, Toro Churro went global and its first store was opened in Mumbai, India.
If you are passionate about the food industry and want to discuss franchisee options, email us at torochurro@gmail.com or phone Rajesh Thakkar on 0212725374."

WHAT OUR CLIENTS SAY

Five stars for the good quality and the delicious churros; and also for the great service....was amazing how your staff could control the thousand of customer hungry for churros in thr festival......your staff are really good.....please sell cronuts in queen street pleaseeee..

Tasty sweet snack just when I need it most - before Calculus.